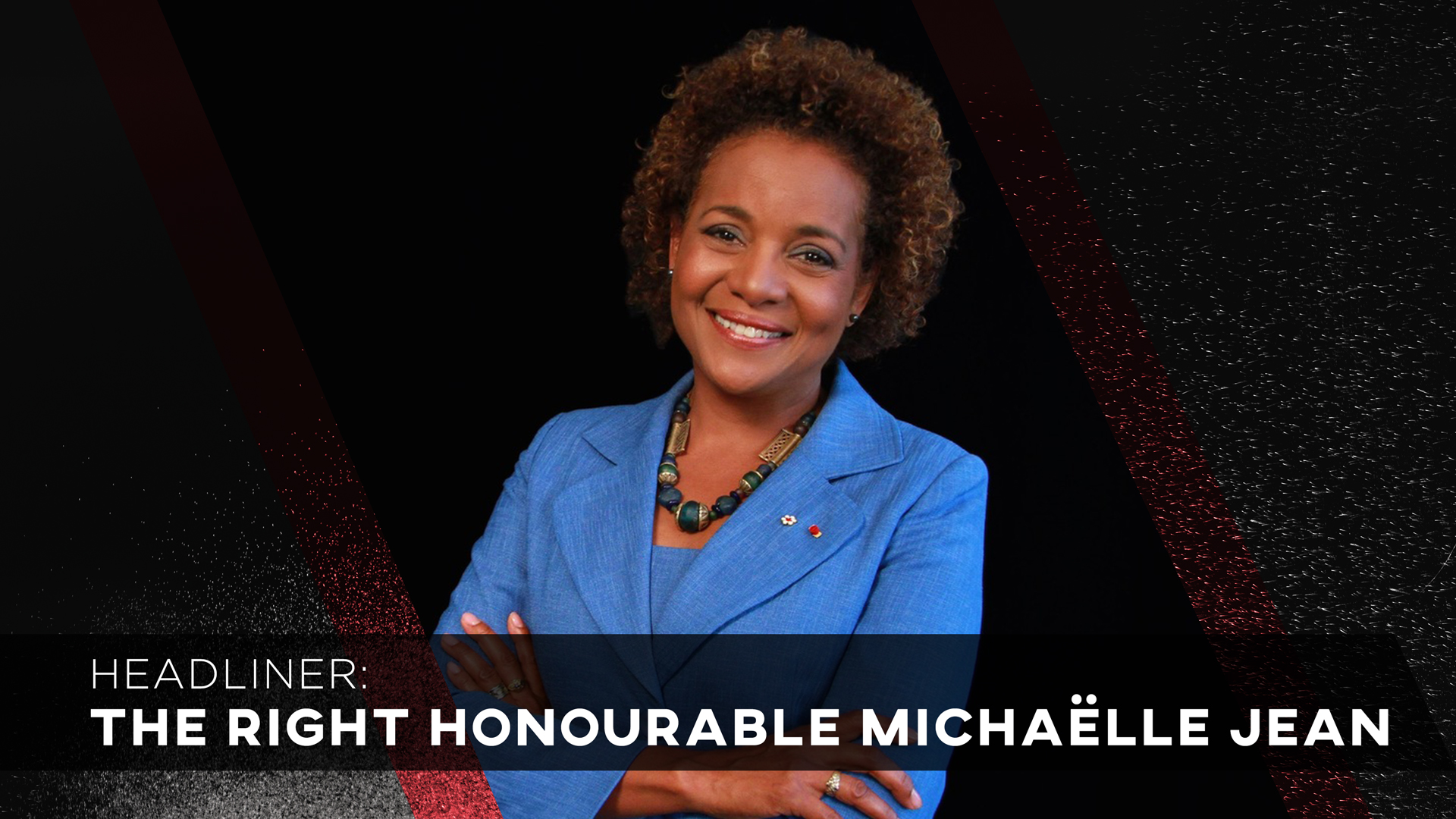 The right honourable Michaëlle Jean is the 27th governor general, commander-in-chief of Canada, sworn in, in 2005, for a five-year mandate. In 2010, she became a special envoy for the UNESCO to support reconstruction efforts in her birthplace, Haiti, after their devastating earthquake. From 2011 to 2014, Michaëlle Jean also served as chancellor of the University of Ottawa. On November 30, 2014, Michaëlle Jean become the third secretary general of La Fancophonie at the 15th Summit of Heads of State and Government held in Dakar, a position to which she devoted her whole energies from January 5, 2015, to January 3, 2019.

Joining the right honourable Michaëlle Jean as a Summit speaker is Hazel McCallion, famously known as one of Canada’s longest-serving mayors in Mississauga (1978 - 2014). Hazel retired at age 93 and is still considered a trailblazer for female politics at age 99. Also joining the event is Kim Davis, executive vice-president of social impact, growth initiatives & legislative affairs at the National Hockey League. Kim has set the League on a new course to attract, retain and develop fans, with a specific focus on multi-cultural attendance. She joined the National Hockey League after a 30+ year career as a trailblazer and change agent, positively disrupting the financial industry and wide world of sports.

Speakers will discuss themes focused on women in underrepresented roles, women in business entrepreneurship, social changemakers, and women in the business of sport. The Summit invites women to start thinking about their leadership, their contributions, and to remember that the ingredients for success are all the same, no matter your gender.

Tables for the event are $2,000 and on sale now: www.ItsOurTimeSummit.ca.

“It’s incredible to not only see Nova Scotia host the 2020 IIHF Women’s World Championship, but to have such a powerful and diverse lineup of female leaders joining us for the It’s Our Time Female Leadership Summit. The Summit was designed to help take important female-driven conversations outside of our arenas and into our communities, businesses and beyond.”

“I’m thrilled to be coming home to Halifax to speak to an audience of seasoned and up-and-coming female leaders. My goal is always to motivate attendees to achieve their best in business, sports, and life by finding a new level of commitment, achievement, and excellence for the teams they are on and lead.”

“Stewart McKelvey is pleased to be the Presenting Sponsor of the It’s Our Time Female Leadership Summit.  We are excited to partner with the Host Organizing Committee and Hockey Canada to celebrate women leaders of today and inspire future women leaders in Atlantic Canada and beyond.”

About the 2020 IIHF Women’s World Championship:

The 2020 IIHF Women’s World Championship is returning to Nova Scotia for the first time in 16 years, as Halifax and Truro will host the tournament from March 31-April 10, 2020.

Games will be hosted at Scotiabank Centre in Halifax and the Rath Eastlink Community Centre in Truro. This marks the eighth time Canada has welcomed the best women’s teams from around the world. Halifax previously hosted the event in 2004.

For more information and to purchase tickets: www.hockeycanada.ca/tickets.