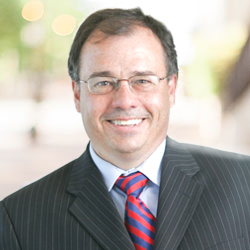 Prior to his appointment in October 2017, Mr. Miller served as Deputy Minister, Office of Planning and Priorities and Senior Executive Advisor, Executive Council Office, for the Province from 2014 to 2017.

Before being called to public service work, Mr. Miller was a leader in the private sector for 26 years. The last seven of which, he was Managing Partner and CEO of McInnes Cooper – one of the 20 largest law firms in Canada.

Mr. Miller graduated from Dalhousie University in 1988 and was admitted to the Nova Scotia bar in 1989, and the New Brunswick bar in 1993. In 2013, he was recognized by Best Lawyers in Canada, and he has consistently been ranked in Lexpert’s listings of leading Canadian lawyers. In 2017, he was appointed Queen’s Counsel (QC), a designation awarded by the Lieutenant Governor of Nova Scotia to a select group of lawyers who represent the highest standards in professional integrity, good character, and outstanding contributions to the practice of law.

In his work with the community, Bernie is Managing Trustee of the Killam Trusts, a private trust for higher education. He is an Institute-certified Director with the Institute of Corporate Directors from the Rotman School of Management, and previously served on the Atlantic Provinces Economic Council Board of Governors. He has also worked with the Nature Conservancy of Canada, served on the Advisory Board of the 4Front Atlantic Conferences, and a Trustee of the QEII Health Sciences Center Foundation. He remains a member of the Canadian Bar Association and the Nova Scotia Barristers’ Society.

Bernie lives in Halifax, Nova Scotia with his wife Helen, they have two adult children, Alex and Emily.