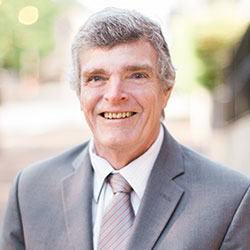 Gregory Keefe retired in May 2015 from the Halifax Regional Municipality (HRM) where he was Director of Finance and ICT.

Prior to working with HRM, he spent 35 years with the Province of Nova Scotia: Gregory was the Deputy Minister Service Nova Scotia and Municipal Relations 2002-2008, Deputy Minister Treasury Board 2008-2010 and Deputy Minister, Office of the Premier 2010-2011. Gregory served on the Trade Centre Limited board from April 2013 – March 2015.