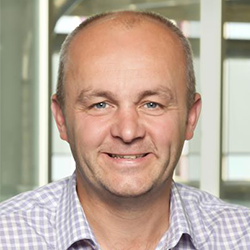 Chris is the Vice President of Resource Management for Acadian Seaplants Limited, a family-owned, multi-national bio-tech company based in Dartmouth, Nova Scotia.  Prior to this, Chris was the Executive Director of the largest non-profit environmental organization in Atlantic Canada.  Chris serves on several Boards including the 2020 North American Indigenous Games and the Canada Games Council.

Chris is an MBA graduate from Saint Mary’s University in Halifax and has completed undergraduate work from Memorial University in Economics and Business.  Chris has also completed CommunityShift, a week-long executive leadership development program designed exclusively for C-level leaders of Canadian charities and not-for-profit organizations, founded by KPMG and the Ivey Business School.

He is a seasoned executive with demonstrated experience in leadership, project management, performance management and business development.  He has been a senior executive involved with the amateur sport for over twenty-five years.  He has worked on bids and business plans for major events in Canada and abroad, including Canada Games, Commonwealth Games and Pan American Games.

Chris has been involved, in some capacity, with every Canada Games since 1999 and has also worked on several other major projects including:

Chris lives in Halifax and is married to his wife Kala for sixteen years with three boys Nate (13), Dane (11) and Reed (9).